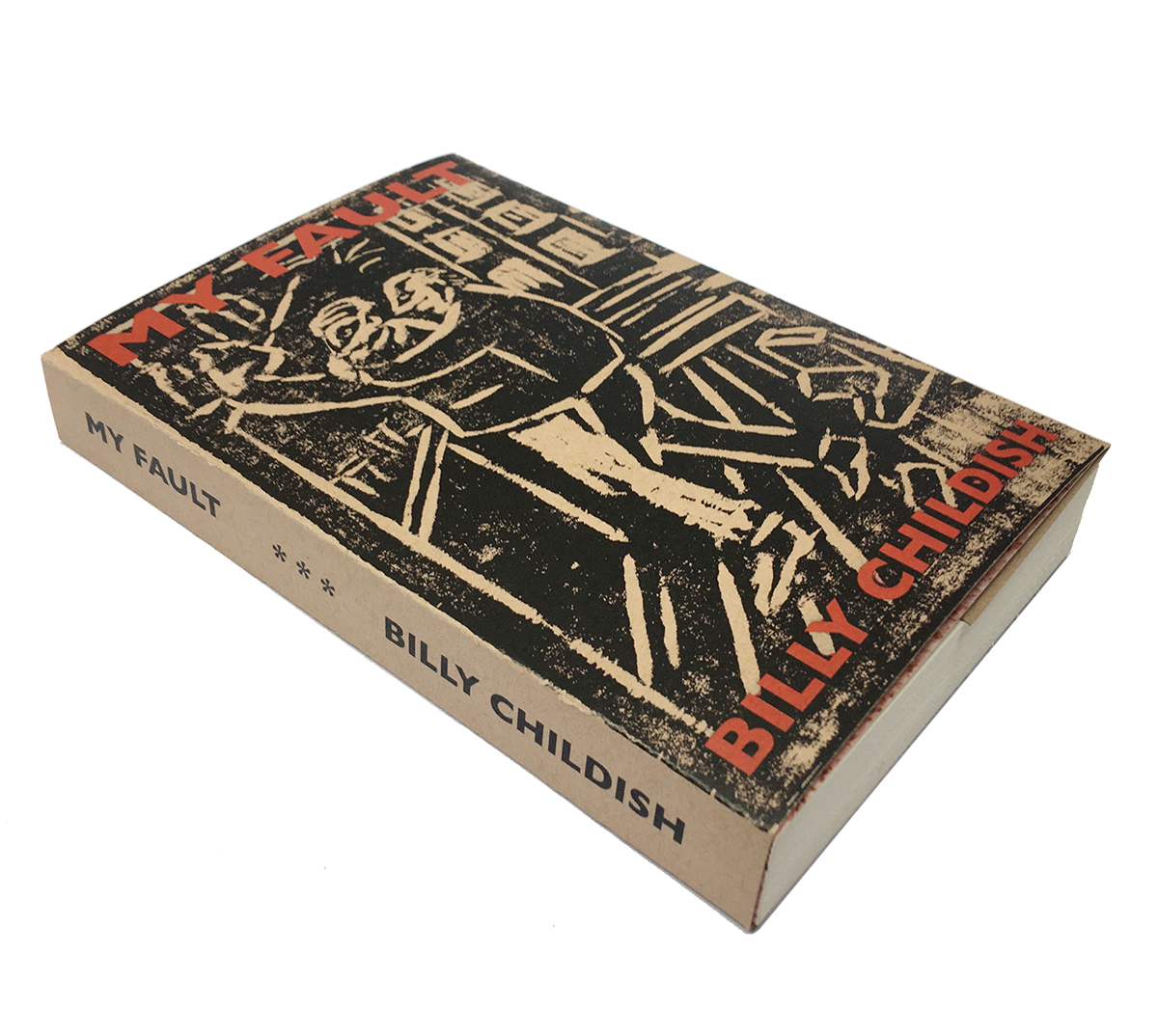 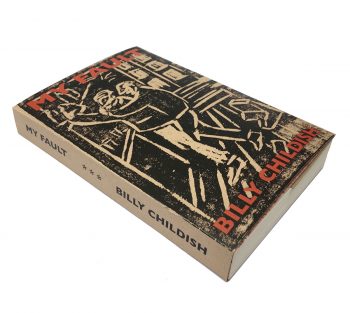 Billy offered to design the cover for them but his services were declined in favour of their own designers and marketing team.

Not happy with this, Billy formed the Brotherhood of Originality Kreativity and Relevant Themes (B.O.O.K.A.R.T) to address this issue and correct not only his covers, but those of other authors done a disservice by contemporary book design. New wrap-around covers were designed, made, sneaked into bookshops and placed on many a lurid tome to vastly improve them; but the books were too many and the B.O.O.K.A.R.T activists too few, so the group disbanded in 2006 to form the British Art Resistance and then ART HATE.

In the year 2022, as we prepared for our 13th Anniversary Skip and Rejects Sale we found a box of the Virgin edition of My Fault and the artwork file for Billy’s B.O.O.K.A.R.T alternative cover.

As such we now offer a small edition of this book in the artist’s own cover.

Numbered and stamped on the back.

About My Fault:
‘Born into the emerging middle classes of the 1950s, Billy Childish takes us on a nightmarish voyage through a childhood blighted by mental and sexual abuse. Stumbling onward into adolescence he lays bare a young man’s desperate attempts to make sense of a world distorted by alcohol, bullies and yes men, This striking first novel, or ‘creative confession’, is at turns hilarious and harrowing. Laced with lindes of unforgettable poetry it is that rare and wonderful thing – a book which had to be written.’