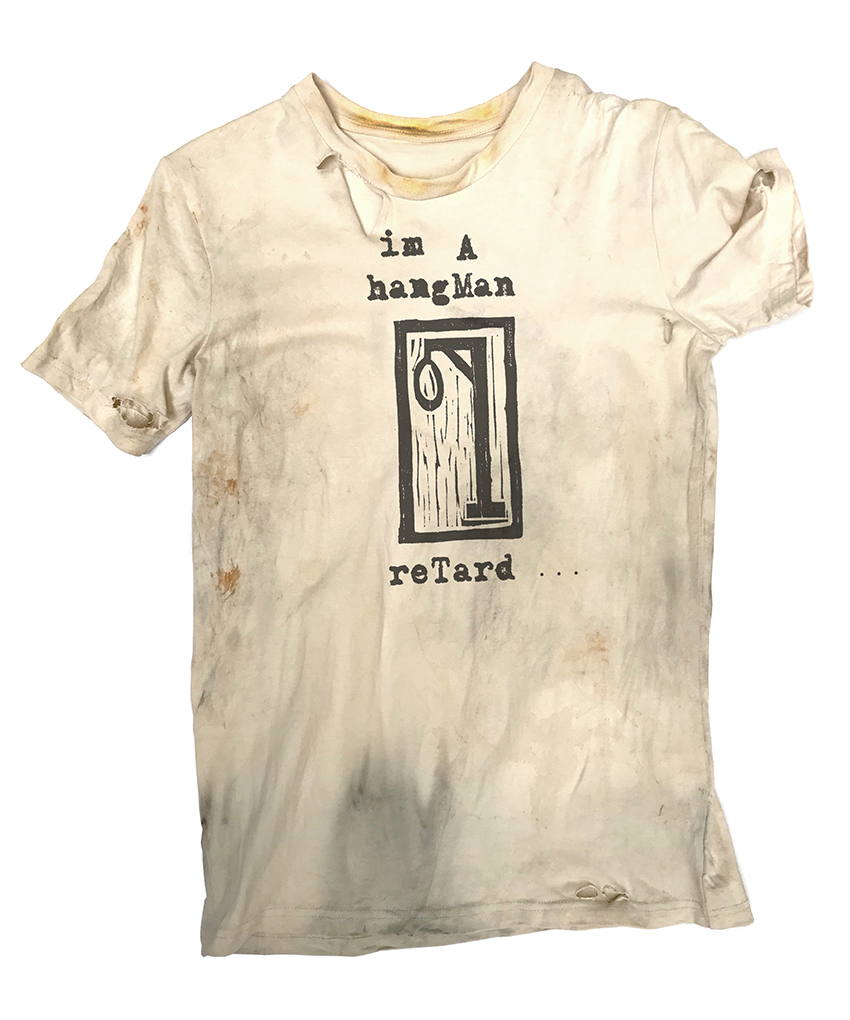 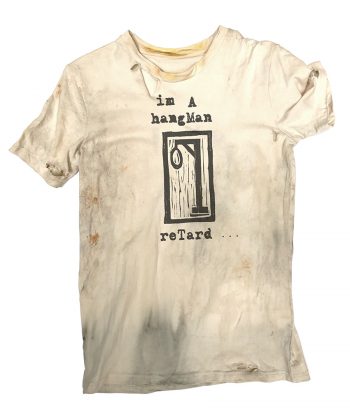 TRIGGER WARNING
This item contains generationally insensitive terminology that may cause offence to the weak and feeble minded. For Boomers only.

Limited Edition of 13 in each size, signed and numbered by the artist Billy Childish**

The level of distress will vary from t-shirt to t-shirt and may be in worse condition than the one shown here.

Based on the original t-shirt believed to have been worn by Kurt Cobain in 1989, this re-issued ‘I’m a Hangman Retard’ t-shirt has been lovingly deconstructed by trained technicians at the L-13 Light Industrial Workshop.

Originally made in the final year when the term “retard” was still hip, the shirts can nevertheless be worn without giving offence to flids, spazzes, biffs, mongs and/or muppets***.

Only six of the original shirts were ever made back in the day, two of which were purchased by Bruce Pavite of Sub Pop records when Thee Headcoats played with Mudhoney in Portsmouth in 1989.

*** Historical footnote
In the 1980s Billy was told by a record seller that he could tell who was going to buy a Hangman record because of “the way they shuffled into the shop” adding “Without those hangman retards you wouldn’t sell anything!” Billy’s reply was “That’s good – you should tell them if no one else will have you, we will. They always called me a retard at school… I should make us a t-shirt.” So he did.

This is a made to order item. Please allow 14 working days for delivery