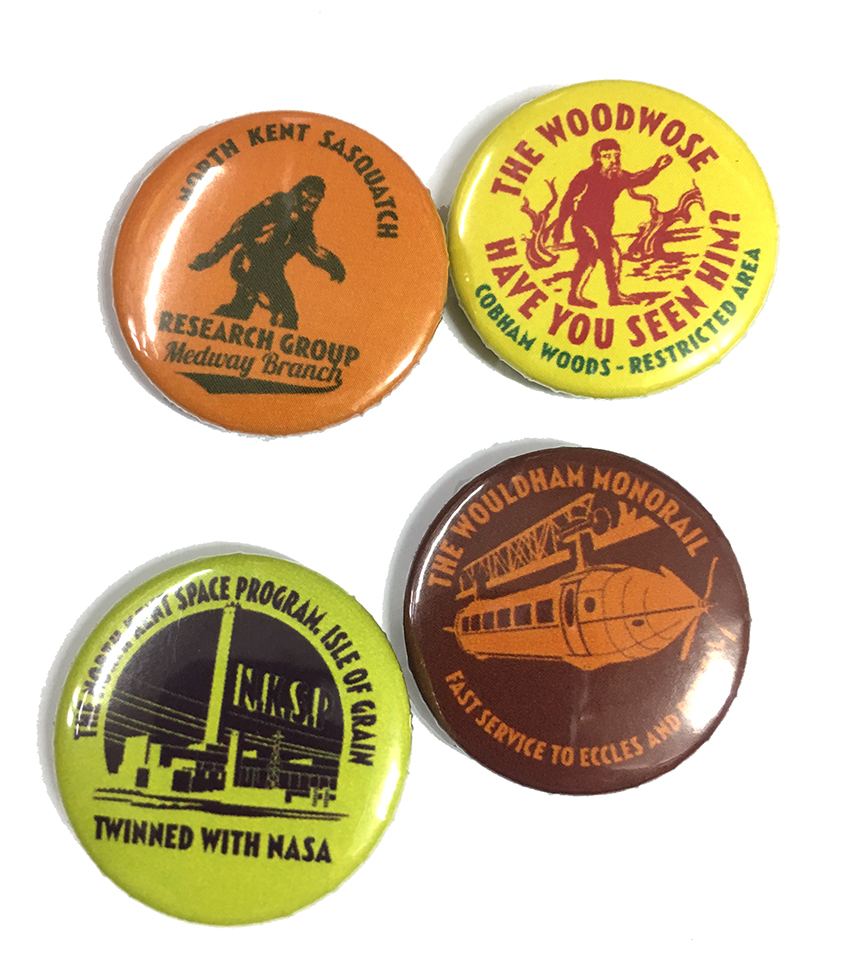 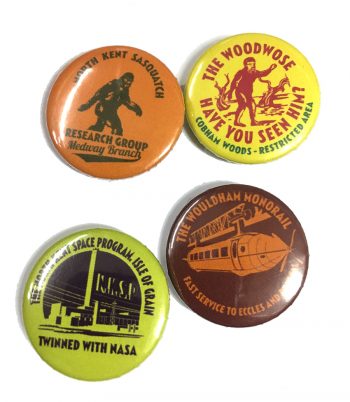 Here we offer a selection of button badge emblems other projects founded by Childish on his home turf:  that strange corridor of land that lives between and betwixt the river and the downs (North Kent) or as Childish would have it ‘the Rusty Garden Shed of the Garden of England.’

One inch traditional button pin badges.
Available as a set of four in a hand-stamped envelope.
Edition of 100 numbered sets.

North Kent Space Programme
For over 60 years the North Kent Space Project (twinned with NASA) operated in complete secrecy from the Isle of Grain, North Kent. In early July 1956 the UK’s first satellite, Orbitus, was launched into an elliptical low Earth orbit beating the USSR’s Spunik by over a year. In commemoration of this previously undocumented achievement the Friends of the NKSP are proud to present this badge.