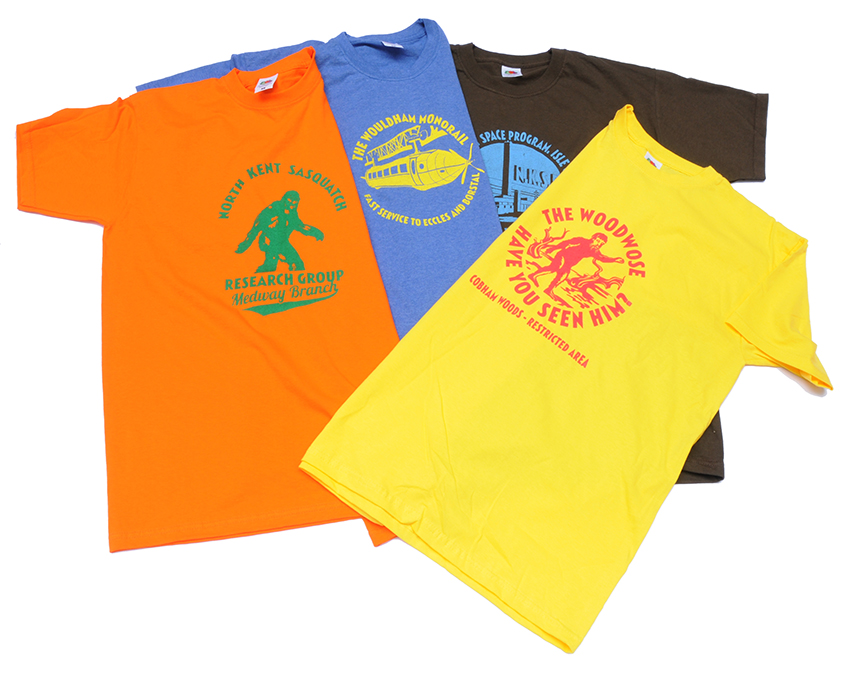 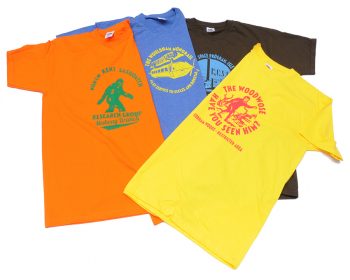 Here the L-13 Perfect Department for Incorrect Screen Printing offer a selection of t-shirts with emblems of other projects founded by Childish on his home turf:  that strange corridor of land that lives between and betwixt the river and the downs (North Kent) or as Childish would have it ‘the Rusty Garden Shed of the Garden of England.’

North Kent Space Programme
For over 60 years the North Kent Space Project (twinned with NASA) operated in complete secrecy from the Isle of Grain, North Kent. In early July 1956 the UK’s first satellite, Orbitus, was launched into an elliptical low Earth orbit beating the USSR’s Spunik by over a year. In commemoration of this previously undocumented achievement the Friends of the NKSP are proud to present this T-shirt.

WARNING:
L-13 screen-prints are not slick lifestyle products: more the work of vandals,  hooligans and artists than interior designers. These prints have the requisite amount of misprinting, offsetting, and physical abrasion. They may be dirty with additional finger prints, smudges, and other marks that bare testimony to their making. The hip will find this beautiful and the squares will find it abhorrent.