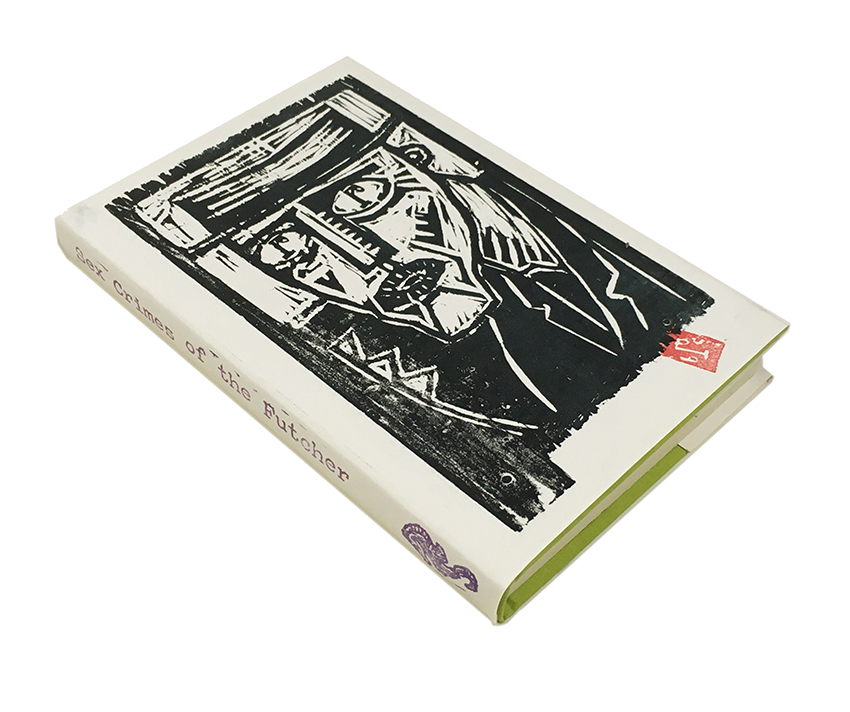 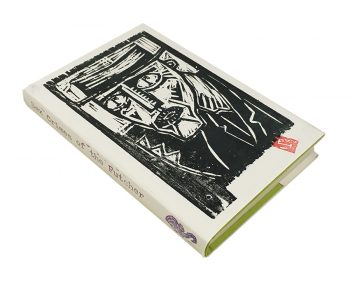 On our most recent visit to the L-13 Archive Vaults we found several boxes of the first book we ever published for Billy Childish (his third novel): Sex Crimes of the Futcher.

The book was published in 2004 by the aquarium, the former incarnation of L-13, in two issues: bound in red or green cloth.

Originally published with a screen printed dust jacket, this now inverted and reprinted with an original woodcut and with added rubber stamped titles and imprint on spine.

Each book is signed and numbered by the author on the title page and comes in a numbered dust jacket with an original woodcut printed on the front and title and imprints rubber stamped on the spine and back.

The book is a raw and highly charged read, and the first of Billy’s novels to be published in his dyslexic hand without corrections.

These are the last copies we have and after they are gone it will be very scarce indeed.