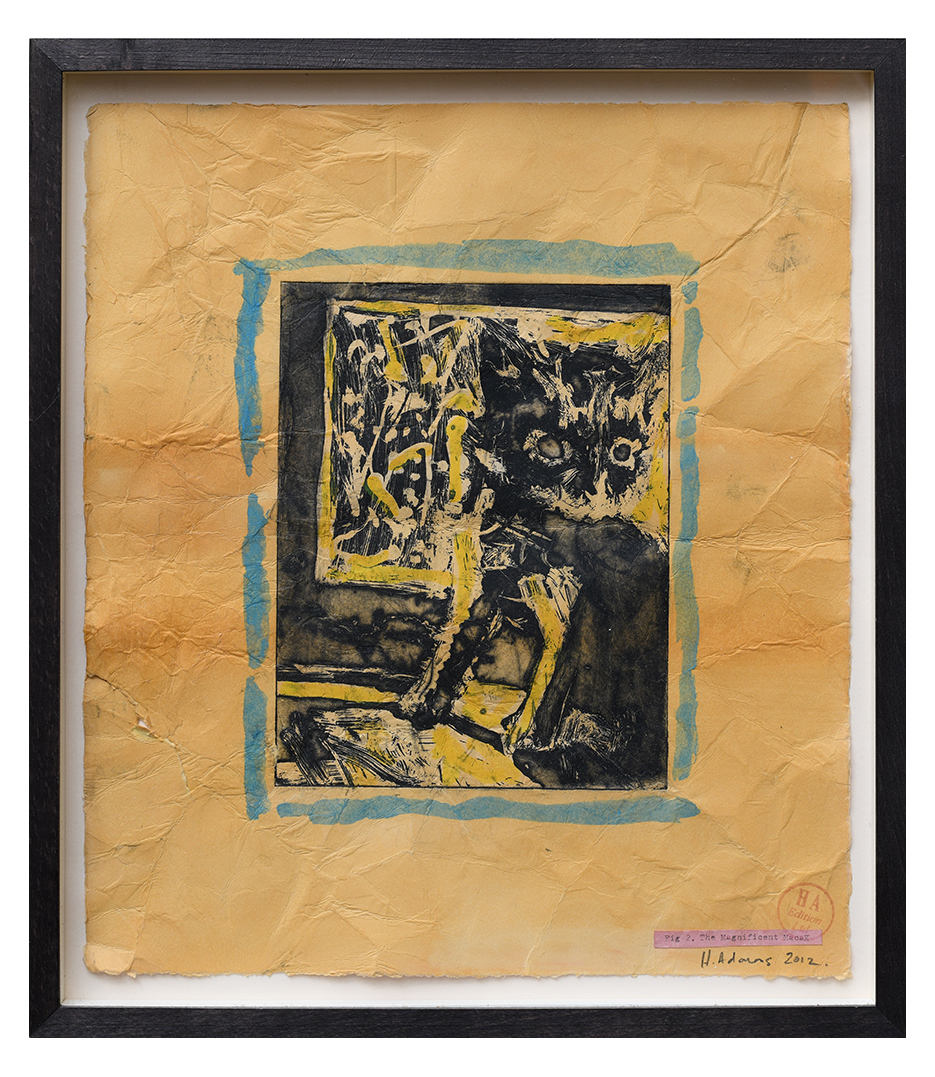 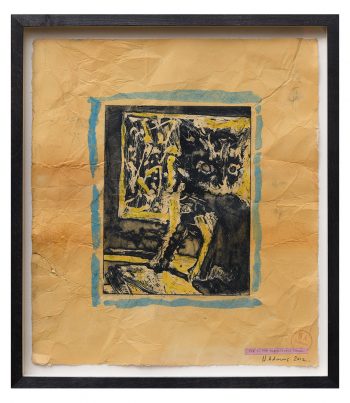 In 2012 Harry Adams made a series of paintings and etchings based on Tesla and his work and they became fascinated by this story told by Tesla himself: “In the dusk of the evening as I stroked Macak’s back, I saw a miracle which made me speechless with amazement. Macak’s back was a sheet of light, and my hand produced a shower of crackling sparks loud enough to be heard all over the house … My mother seemed charmed — ‘Stop playing with the cat,’ she said. ‘He might start a fire.’ But I was thinking abstractly. Is Nature a gigantic cat? If so, who strokes its back?… I cannot exaggerate the effect of this marvellous night on my childish imagination. Day after day I have asked myself, what is electricity?”