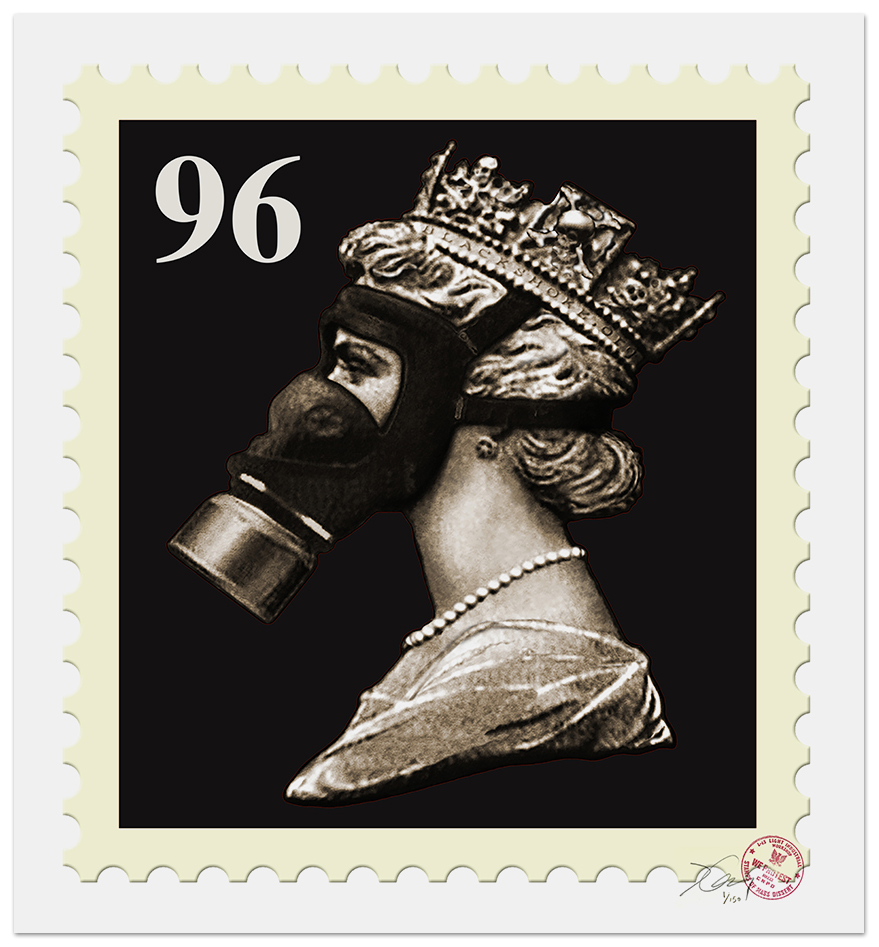 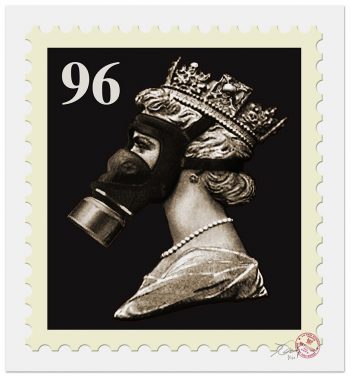 To guide & focus us during this period of mourning and as a final CASH-IN before we face poverty and destitution for the foreseeable future (see below for further info), we present here Jimmy Cauty’s LAST HURRAH and final FINAL last ever EVER (probably?) STAMPS OF MASS DISSENT QUEEN LIZ CASH-IN SPECIAL.

We will mourn for a suitably extended 31 days from the day she is buried.

Last Day Cover
A printed C5 kraft card envelope with a LIZ 96 and improved Royal Mail 1st Class stamps stuck on. Open edition available to order until Monday 16th October and posted on 20th October. No more will be available after this date.

Please note: these are sent directly through the post to you with no outer protection. Any damage suffered in transit is considered an extra and part of the work.

Since the Queen died we have been reeling. The loss we now face is incalculable.

With her death we lose the Greatest Iconoclastic Icon of the 20th and 21st Centuries.

Since Jamie Reid tore out her eyes and put a safety pin through her lips in 1977 her image has served not only as the unifying Monarch of the Nation, but as the black mirror and life-buoy to which all rebellious individuals and anti-authoritarian free-thinking creatives have collectively clung to.

But MOST IMPORTANTLY, since L-13 first started making and publishing prints in 2004, the image of The Queen in various guises has been a CONSTANT AND SECURE SOURCE OF INCOME.

Never mind the cost of the monarchy to the nation… think of the lost revenue to radical artists!!

Our first ever print editions were Jamie Reid’s God Save the Queen (Swastika Eyes) and Jimmy Cauty’s Stamps of Mass Destruction (4th, 5th and 6th Class).

Can you imagine a 3p Charlie working in the same way? No!!

So with great disrespect and sorrow, whether you laud or loathe her, believe the Queen to be ordained by God or a blood-thirsty lizard, a sweet old lady or a parasitic leach, raise a flag, dab your hankies, and please join us in our mourning to say for one last time to Her Majesty the Queen:

We will mourn for a suitably extended 31 days from the day she is buried.