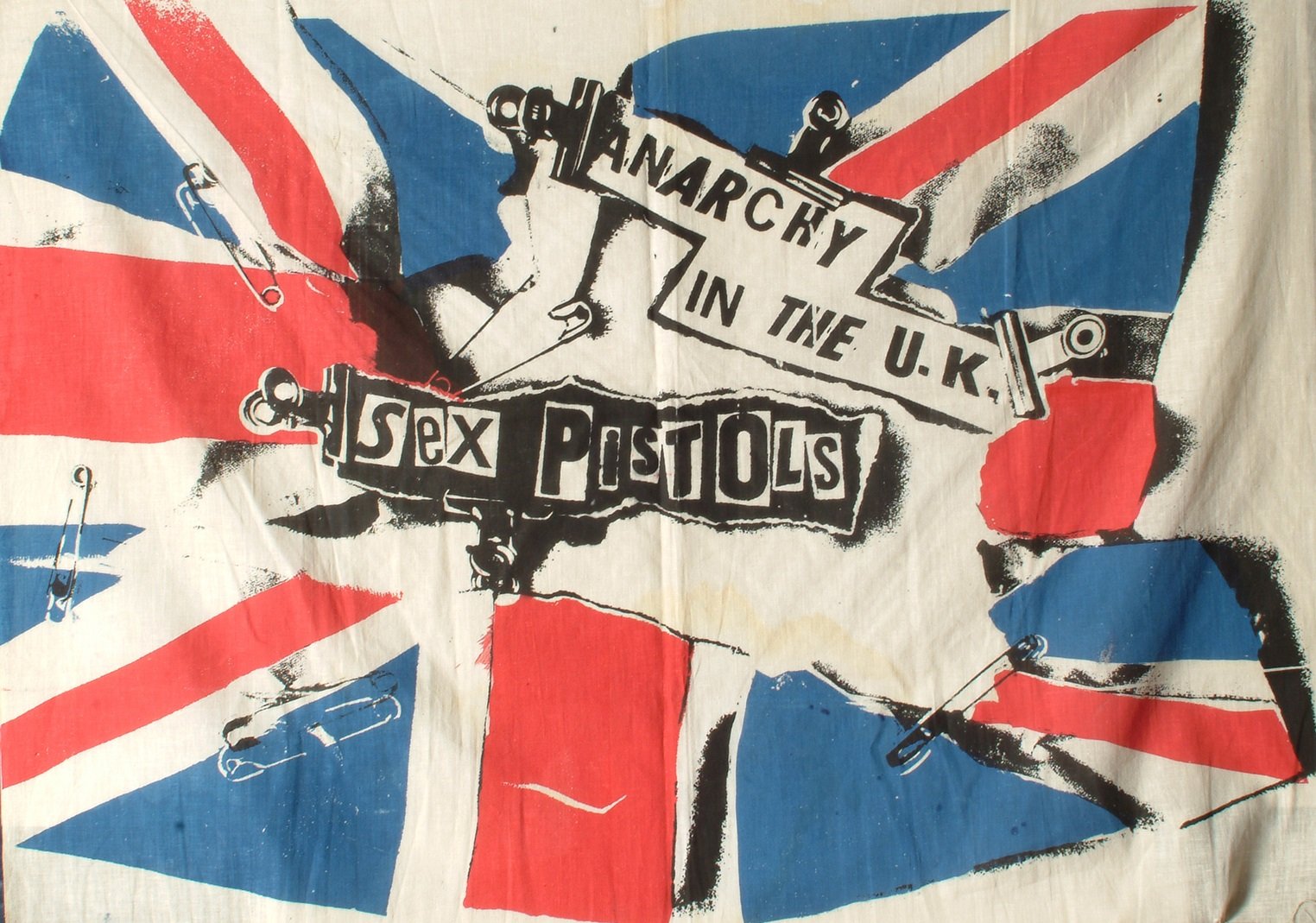 On leaving art college in 1970, Reid co-founded the radical Suburban Press where he developed his unique style of cut ups and sloganeering.

His iconoclastic defacements of pop culture and nationalistic images with ransom note lettering became synonymous with punk rock, and his most famous imagery defined an era: exemplified in the cover art for the Sex Pistols’ Never Mind the Bollocks, Anarchy In The UK, & God Save The Queen.

Since then he has continued to make politically progressive art, protesting against nuclear weapons, racism, the criminal justice bill, and more recently, Trump. His socialist beliefs are matched a deeply esoteric and pagan practice: Reid is an advocate for spiritual as well as political change.

Jamie Reid has been working with L-13 since 2004, when he contributed to the exhibition Pax Britannica Art: Against War.