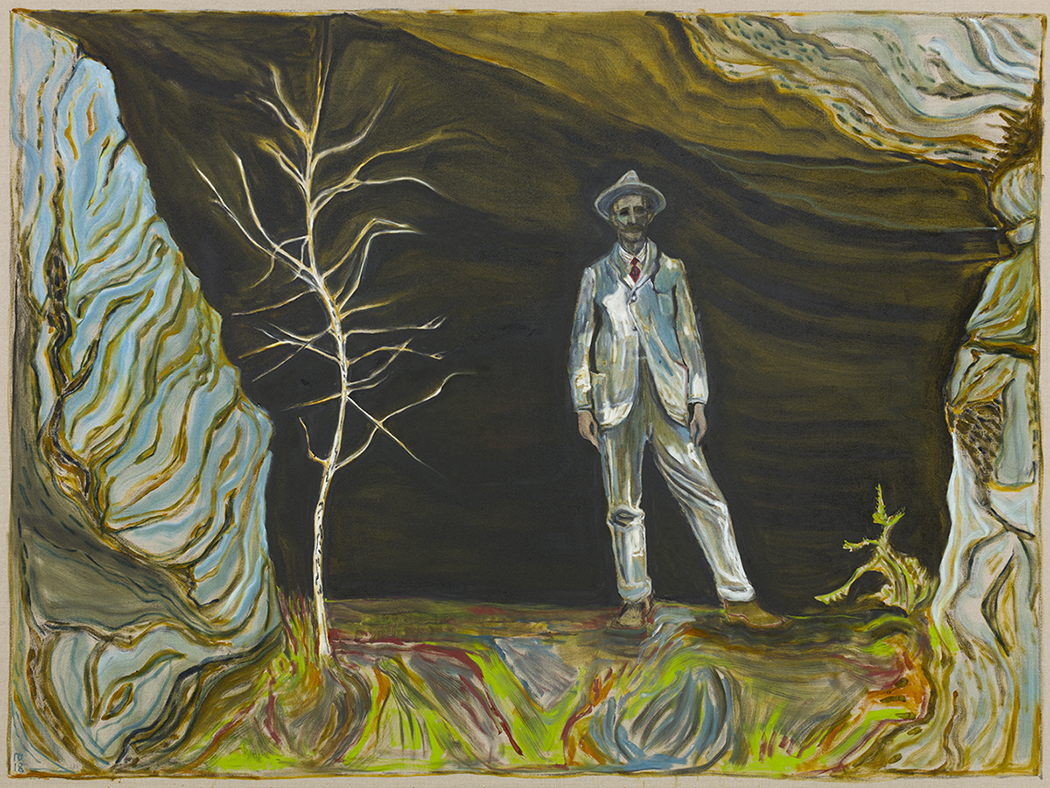 Since 1977 Billy Chyldish has released over 150 independent LP’s, published 5 novels and over 45 collections of poetry, but his main job is painting.

He has had solo and group exhibitions internationally including New York, London, Seoul and Berlin. He was included in British Art Show 5, which toured throughout four cities – Edinburgh, Southampton, Cardiff, and Birmingham, and in 2010 he was the subject of major concurrent survey exhibitions at the ICA in London and White Columns in New York. Notable solo exhibitions also include Lehmann Maupin in New York (2020) and Seoul (2020); neugerriemschneider, Berlin, Germany (2018); Villa Schöningen, Berlin, Germany (2017); Goss-Michael Foundation, Dallas, TX (2017); Rochester Art Gallery, Kent, United Kingdom (2016); Opelvillen Rüsselsheim, Frankfurt, Germany (2016). In 2011 he became Artist in Residence at the Chatham Historic Dockyard where he currently works.

L-13 have been working with Billy since 2003 initially presenting several exhibitions of paintings and prints per year, publishing books, prints, posters, releasing recordings and collaborating on various projects. We now continue most of those things except we leave the exhibiting and selling of paintings to the big commercial galleries for which we provide assistance where we can.