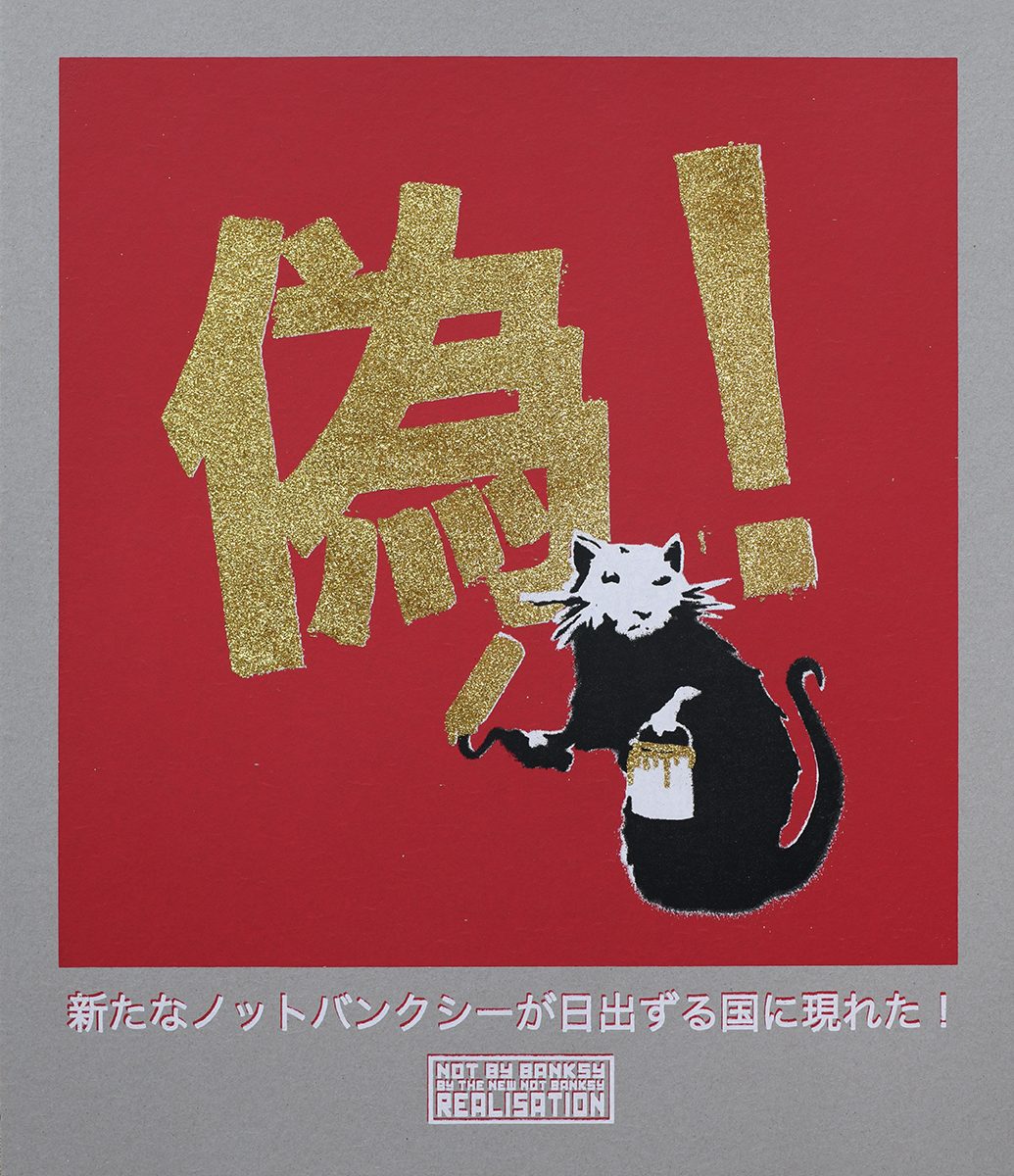 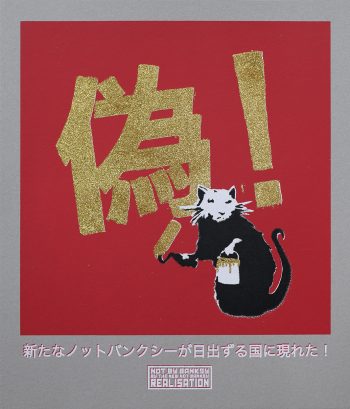 All that Glitters is NOT Gold 2nd FAKE! Edition by the New NOT BANKSY Realisation of the Rising Sun

Following a landslide victory in the Colour-way Elections we proudly present the democratically chosen Second FAKE! Edition in Gold Glitter on Red and White with Black Rat

Limited Edition of 250 prints of which 50 will be sold in Japan
Numbered, Stamped & Signed on the back with the STOT21stCplansC,D&E Thunderbolt Man + a COA label attached.

DON’T BE GREEDY. DON’T PANIC BUY. NO STOCKPILING.
ONLY ONE PRINT PER HOUSEHOLD PERMITTED.

DELIVERY SCHEDULE
Due to a world shortage in cardboard the packaging to ship these prints won’t be available until the last week of February 2021. We will ship all orders within 3 days of it arriving.

WARNING
THESE PRINTS ARE PRINTED BY UNSKILLED WORKERS AT THE L-13 LIGHT INDUSTRIAL WORKSHOP ON PULP CARD THAT VARIES IN SHADES OF GREY. ALL INK MARKS, MISPRINTING, BUMPS AND ABRASIONS ARE PART OF THE WORK. WE MAKE NO APOLOGY FOR THIS. THEY ARE ALL BEAUTIFUL AS THEY COME.

ABOUT THE NEW NOT BANKSY REALISATION of the RISING SUN

With the publication of a second NOT BANKSY screen print edition to be made, this normally inactive and secretive non-collective have made the following explanatory statement about their activities.

Q: Is the New NOT BANKSY Realisation of the Rising Sun really Banksy?

A: NO!  It’s STOT21stCplansC,D&E taking liberties and following the crazed narrative of the NOT BANKSY story to bring you disruptive joy in a time of confusion and anxiety.