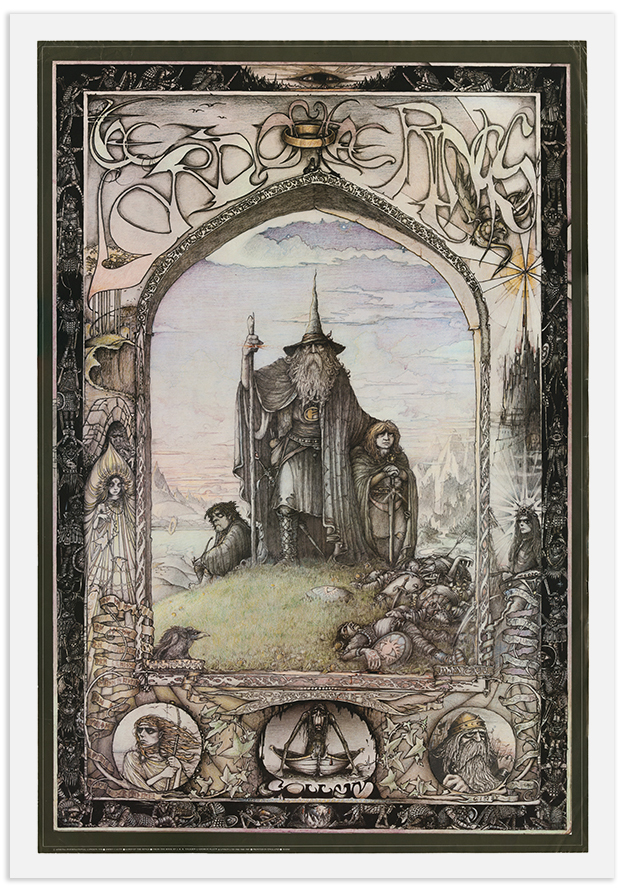 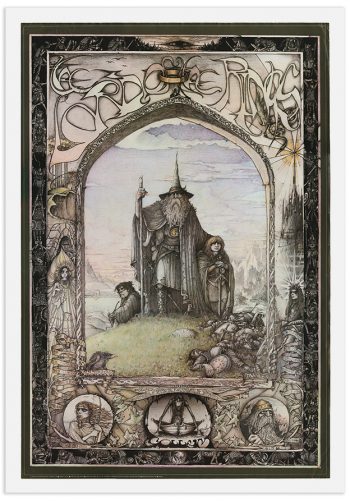 Re-released to mark the launch of #MdZESTATETour in Totnes, 5th April – 2nd May 2022, hosted by Ways with Weird and KEVICC.

REVISED & UPDATED FOR THE FIRST TIME SINCE 1976*

*The artist is currently working on adjusting minor details of the original work – the final image will be slightly different to the one shown here.

Jimmy Cauty went to KEVICC school in Totnes in the early ’70s but got into trouble for day dreaming and drawing wizards instead of working on his maths equations, but when his Lord of the Rings poster became an international smash hit selling over 6 million copies worldwide he was forgiven.

Jimmy moved to London in 1977 to start a band and never drew another wizard poster. He got into trouble for driving his tank to a road protest but later when his rave band The KLF became an international smash hit he was forgiven again.